Architects and Engineers for 9/11 Truth comes to Madison April 6th and 7th! 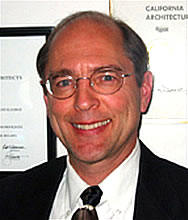 Note: The Richard Gage/AE911truth event referenced in this post has been moved to Room 1310, Sterling Hall, 475 N. Charter St., just south-east of the intersection of Linden and Charter. (Time: 7 pm Thursday, April 7th). The reason for the move is that the previously-assigned room actually holds fewer than 150 people -- not 200 as the organizers were told, much less the 500 capacity originally requested. 1310 Sterling has a capacity of 262.

Richard Gage, founder of Architects and Engineers for 9/11 Truth, will be in Madison April 6th and 7th, 2011.  Gage and AE911truth.org are widely viewed as the leading edge of the 9/11 truth movement, which condemns the 9/11 Commission Report as a cover-up, and demands a new investigation of possible official complicity in the attacks. Architects and Engineers for 9/11 Truth focuses on the overwhelming evidence that the three World Trade Center skyscrapers were destroyed in controlled demolitions - not by office fires as the government (NIST) claims.

This event is sponsored by We Are Change-Wisconsin, the University of Wisconsin-Madison Sifting and Winnowing Club, and Muslims for 9/11 Truth.

Preliminary events: The Weary Traveler restaurant and public house will be hosting a "late lunch with Richard Gage" 2-4 pm Wednesday, April 6th. This event is a fund-raiser for We Are Change - Wisconsin, the main sponsor of the Gage/AE911truth Madison visit.
Posted by Kevin Barrett at 3:23 PM