World premiere of the new Architects and Engineers for 9/11 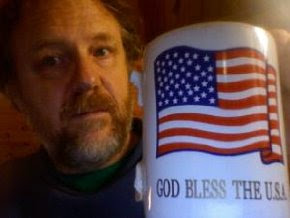 Truth film "9/11: Explosive Evidence: Experts Speak Out." (Watch the trailer.) After the film, we're hosting The Great 9/11 Debate, pitting blacklisted former UW instructor Dr. Kevin Barrett against...whoever wants to make an easy $1,000 and has the guts to defend the 9/11 Commission Report! Any U.W. system professor, lecturer or instructor is eligible to earn a $1,000 honorarium by debating Dr. Barrett; yet as of this writing there are no takers. Please ask YOUR teachers here at the UW to support free speech and debate Dr. Barrett, who was hounded from his teaching job for making historical arguments that nobody at the U.W. is willing to oppose in a public debate. (See the text of the full-page ad that appeared in the Isthmus last spring.) This event is sponsored by the UW-Madison Sifting and Winnowing Club.

Kevin Barrett, a Ph.D. Arabist and Islamic Studies expert, is one of America's best-known critics of the War on Terror. Dr. Barrett has appeared many times on Fox, CNN, PBS and other broadcast outlets, and has inspired feature stories and op-eds in the New York Times, the Christian Science Monitor, the Chicago Tribune, and other leading publications. He is lead editor of the book 9/11 AND AMERICAN EMPIRE (Volume II) and author of the books TRUTH JIHAD: MY EPIC STRUGGLE AGAINST THE 9/11 BIG LIE (2007) and QUESTIONING THE WAR ON TERROR (2009). He ran for Congress (winning the primary) in 2008 and hosts two talk radio shows. His website is www.TruthJihad.com .


If you can't make this event, or love the film and want to see it twice, the film 9/11: Explosive Evidence: Experts Speak Out will also screen on Friday, September 9th, 7-9:30, at First United Methodist Church, 203 Wisconsin Ave. in Madison. Details here.
Posted by Kevin Barrett at 7:26 PM 1 comment: